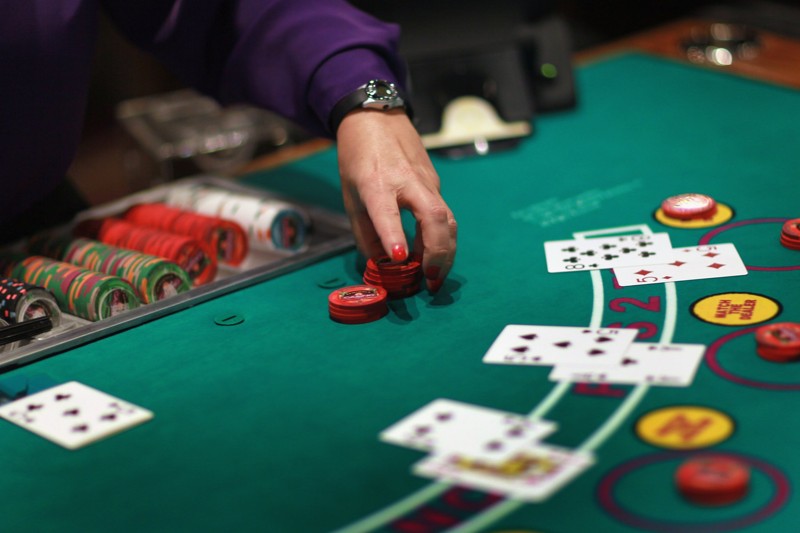 In this article you would be learning about the history of Bacarrat game and how to play it with Gclub2go. Since, Gclub is one the most famous online casinos in Thailand we have our proud regular customers who love to play Bacarrat with us for many reasons. We are privileged to be a licensed service provider and considered as one of the busiest casino located in Poipet, Cambodia. Gclub also holds the honour of broadcasting the largest live broadcast of baccarat as well. The house offers various slot games which can be played online anywhere regardless of your location. These games can easily be downloaded through our Gclub app on IOS or android phones. Since the casino runs 24 hours a day a new player can join at any time with ease. Through our Gclub app you can deposit or withdraw the money at any given time from any bank.
Gclub casino is very friendly towards the new players, if you are inexperienced in casino games, we have professional employees who will teach you about how to play each game. You will also be provided with the video clips for absolutely free of cost to learn the game so that you can learn the game in your leisure time where ever you want. Gclub casino is considered to be one of the best entertainment centres in Thailand that has amazing deals to offer and provides a pleasant experience to its every member.
The casino operates according to the international standards and the games like Baccarat, Roulette games, Slot games and Tiger-Dragon are available at Gclub Casino. One of the most famous games that is played in our casino is Baccarat. Let us learn more about this game in this article.

THE HISTORY OF BACCARAT :
The history of baccarat travels back more than 500 years to Italy. The game of baccarat was introduced by a man named Felix Falguiere. He called this game “Baccara,” which mean “zero” in Italian language because all the tens and face cards were worth zero. The original baccarat game back in 1400’s was played a bit differently than how it is played in recent times. In those times cards were dealt by four different dealers, where each of the players had an opportunity to be the banker. The players could place bets against other players as well as against the house. However, if compared to today there is only one dealer and bets are generally placed against the house, and the house also serves as the banker.

FROM NEIGHBOURING COUNTRIES TO ONLINE CASINO :
This game became really famous not only in Italy but amongst the neighbouring countries of Italy as well. From Italy, it moved to neighbouring country France, where this game got the name as “Chemin de Fer”. The game was quite famous and favourite of King Charles VIII and the noblemen who surrounded him. From their Baccarat moved across the channel in England. It was there that Ian Fleming learned how to play baccarat and created the world’s most famous baccarat player, James Bond.

As the time passed by, this game travelled to different countries where different names were given to it. After Italy, France and England, Baccarat migrated across the ocean to South America and the Caribbean. In Cuba, it was known as “Punto Banco” and was adapted to the local culture in many ways. One of the main changes was that the players played against the house only, and not against each other. Also, the casinos acted as the bank; the privilege was not passed to the individual players. This type of baccarat became known as “American Baccarat”.

After all this time, in late 1950’s the game Baccarat finally made it to the casinos when Tommy Renzoni brought the game to the Sands casino in Las Vegas, Nevada, U.S.A. The owners of the casinos at that time marketed Baccarat as a game for the select few, set high minimum bets, and hid the baccarat tables in special rooms, appointed in posh leather chairs, hidden from the public by velvet curtains. The high betting requirements and the secluded baccarat rooms meant that, while many people enjoyed watching James Bond play baccarat in the movies, few people actually played the game themselves.
Since the concept of online casinos have been introduced, Baccarat has become famous and quite accessible to almost anyone around the world. Gclub2go is one more online casino where you can play Baccarat online. Here’s a guide to learn how to play Baccarat online with Gclub2go.

HOW TO PLAY BACCARAT ONLINE WITH GCLUB2GO :

Players who play Baccarat online on our website gclub2go.com finds exotic fun that has never been experienced anywhere before. Our online casino gclub2go has been running for a considerable amount of period and it is a website that provides high financial security. We take pride in being the first system that will return five percent of the lost amount to the customer as well.

The steps to play Baccarat with Gclub2go are as follows:

STEP 1
Realise that you can wager on both of two hands. One is the Banker’s hand, the other is the Player’s hand. A player may wager on either hand. Wagers must be set on either the Player or Banker before cards are managed.

STEP 2
Two cards are dealt to both the Player and the Banker. A player or club administrator holding the shoe slides one card out and puts it face up in the Player’s container on the felt table. The following card, the first of the Banker hand, is set in the Banker’s crate on the table. The house at that point bargains another Player card, at that point the subsequent Banker card. The vendor’s initial round comprises of two cards for both the Player and Banker.

STEP 3
Face and tens cards all are worth zero points; every other card are worth their face value, with the ace worth one point. If a total is more than 10, the second digit is the value of the hand. For instance, a 9 and a 6, which sums to 15, make up a five-point hand. So as to win, your wager must be on the hand that sums more like nine.

STEP 4
In the game if the first two cards dealt, the points sum is 8 or 9 for either the Player or the Banker, this is known as a natural win and the match is finished. Wagers that have just been put are cashed out.

STEP 5
The Player hand is finished first. An aggregate of 8 or 9 for the Player will get no extra cards. The Player remains on aggregates of 6 or 7. On some other aggregate, 0-5, the Player draws a third card, except if the banker has 8 or 9, in which case the bank hand wins with no further draw.

STEP 7
The winning hand is that which aggregates closer to 9. In the condition where it’s a tie, neither hand wins or loses. Sometimes a commission is paid out of winnings when betting on the Banker’s hand.